Greece has hired global PR behemoth Edelman to design and manage its communications strategy with foreign media. Edelman, who also advised Saudi Arabia after the Khashoggi murder was the sole bidder for the 1-million-euro contract. The company had already been representing the Greek government almost a year earlier under undisclosed terms. 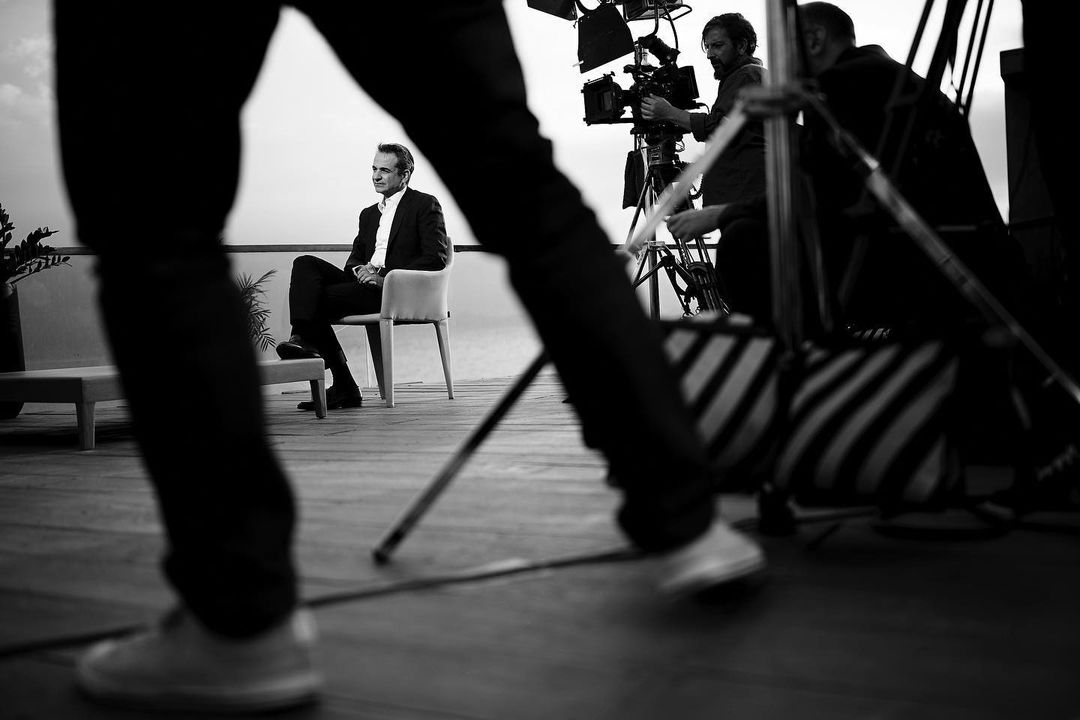 Earlier this summer, Reporters United was shown an email dated June 23, 2021, addressed to a reporter for a major Brussels-based media outlet. The email contains a statement by the Greek Deputy Minister of Foreign Affairs, announcing Greece’s decision to join other EU Member States in condemning Hungarian anti-LGBTQ+ legislation.

The email was interesting because it was not sent by a Greek official, but by an employee of international PR giant Edelman. The sign-off reads: “Please let us know if you have any further questions”.

The communication appears to have been prompted by criticism of Greece’s absence from the list of signatories of a joint declaration condemning Hungary for introducing a law forbidding the “promotion” of homosexuality to minors. But what was the involvement of Edelman – a company well-known in the international PR business but not a household name in Greece or in most of the countries it operates in – and why was it apparently handling communications on behalf of the Greek government?

A search of Diavgeia – the electronic portal where Greek government institutions are obliged to publish their acts and decisions according to the country’s transparency law – reveals a number of official documents relating to Edelman. The documents show that Edelman Public Relations Worldwide NV has been tasked with providing the Greek government with services described as the “design and implementation of ‘Strategy and Relations with International Media’”.

The 8-month contract is worth 980,000 euros (excluding VAT), according to a tender published in December 2020 by Enterprise Greece, the state investment and trade promotion agency, which is an arm of the Greek Ministry of Foreign Affairs. The contract is paid through Enterprise Greece out of Greece’s public investments budget.

Bidding was open between December 2020 and January 2021. A temporary award of the contract was approved on March 22, 2021, according to a published extract of the minutes of the Enterprise Greece board meeting.

The contract was awarded to Edelman, whom the minutes name as the only bidder in the tender process.

The final approval for the contract to be signed was given by the Board of Directors of Enterprise Greece on July 6, 2021. These dates are worth bearing in mind, for reasons which will soon become clearer.

As to the services contracted to Edelman, the documents summarise them as “aiming at the positive promotion and safeguarding of the image of Greece in key centres of decision making in Europe — the tender names Belgium (Brussels), France, Germany and the United Kingdom more specifically –, the promotion of the goals of economic diplomacy and the monitoring of developments through press clippings, and the provision of strategic advice on digital content” (our translation throughout – the tender and all relevant documentation are only available in Greek).

Aside from the decisions published on the Diavgeia platform, the tender specifies that it is to be published in the Official Journal of the European Union, as well as Greece’s e-procurement portal, Promitheus.

It is not unusual for governments to make use of PR consultants, particularly for the promotion of trade, or to protect their reputation in crisis situations when the image of a country risks being damaged by negative publicity. There are, however, some grey areas around the Greek government’s taxpayer-funded relationship with Edelman, which Reporters United tried to find out more about.

Edelman is one of the biggest PR agencies globally, listed at the top of one industry ranking in 2019. It employs 6,000 people in 67 offices across the world, in locations including Berlin, Paris, Washington DC and London. Its services range from brand consultancy and media relations to public affairs and “crisis and reputation risk”.

Since 2012, Edelman has been registered in the EU Transparency Register, the official database of the European Parliament and the European Commission where lobbyists who actively engage with European institutions are legally obliged to register their activities. According to the Transparency Register, Edelman’s recent corporate clients in Brussels have included Chevron, La Roche, General Electric and Sanofi.

Between the 1970s and the 1990s, however, Edelman carried out aggressive lobbying on behalf of tobacco companies, aimed at discrediting – and even banning – anti-smoking campaigns.

Edelman’s clients also include authoritarian governments seeking to rehabilitate their global image. One such client is Saudi Arabia, whose UN mission paid for “strategic advice” from Edelman in 2013. In 2015, Saudi Arabia hired Edelman to improve its reputation in Washington, D.C., and in 2020, the Gulf kingdom rehired the company to rehabilitate its image in the U.S. after its rulers were implicated in the murder of journalist Jamal Khashoggi.

It is clear that Edelman is a leader in its field, but it does beg the question why Greece would seek to improve its own image by being associated with such a controversial player.

The procurement process also raises some alarms, not only because Edelman was the only bidder, but also because the timing of events suggests that it was already representing Greece before the official contract was signed, or even awarded.

The first suggestion comes from the email made available to Reporters United, which is dated June 23, 2021, almost two weeks before the Managing Director of Enterprise Greece Georgios Filiopoulos was authorised by the Board to sign the contract.

Reporters United was also told by a reliable source that Edelman was already approaching foreign media claiming to speak on behalf of the Greek government in summer 2020, almost six months before the tender was published. Edelman reportedly approached a major English-language financial and business news outlet.

The approach coincided with the first appearance of negative publicity around the conservative New Democracy government’s handling of the pandemic and reports of illegal refugee push-backs in the international media.

This suggests that Edelman was not only the sole bidder for the PR contract, but had already established some form of relationship with the Greek government before it put out a public tender for PR consultants.

The conservative government headed by Prime Minister Kyriakos Mitsotakis has got into hot water before for not disclosing agreements to receive services free of charge from private sector companies, raising serious questions about the transparency and probity of the public procurement process. In at least one instance, the contractor in question ended up being awarded a paid contract. During the pandemic the government signed an agreement with big data company Palantir which was only made public after a political storm erupted over their handling of personal data. The government also came under fire for delaying the disclosure of a 2-million-euro contract with IT giant CISCO, after initially claiming that the services were provided free of charge. Called to account for the contract in Parliament, Education minister Niki Kerameus simply noted that, “obviously using (CISCO’s) e-learning platform could not be free forever”.

Mitsotakis’s party, New Democracy, also caused a stir just in the past week, when domestic media noted the presence of US Democratic pollster and lobbyist Stan Greenberg in the prime minister’s entourage ahead of a key policy speech at the Thessaloniki International Fair. Asked to comment on Greenberg’s role and who had hired him, the government spokesman responded, “he is not paid by anyone. He is an old acquaintance and interlocutor of the prime minister. He is not paid by anyone”.

Greenberg has in the past served as a senior consultant to Edelman’s public affairs practice. Reporters United approached him for comment regarding his relationship with New Democracy, the Greek government and the Edelman contract, but has not received a response.

Reporters United approached Edelman’s offices in Brussels and London with written questions about the company’s relationship with the Greek government, but the company did not respond.

We also approached PM Mitsotakis’s office with similar questions and received no response.

Enterprise Greece’s Chairman and Managing Director were also approached, along with the contact listed in the tender, and none of them responded – despite being a state agency handling a public procurement contract funded by the Public Investment Budget.