In an interview with Investigate Europe, Emily O’Reilly, the European Union’s Ombudsman, criticizes the lack of legislative transparency in the Council of the EU. 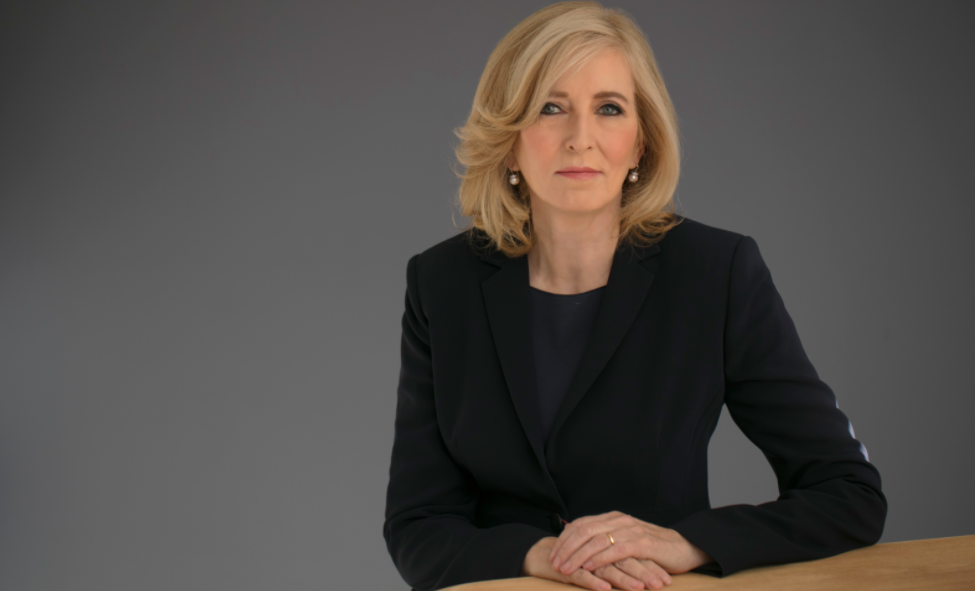 The article was initially published at Investigate Europe as a part of The Secrets of the Council investigation.

Secrets of the Council
The Council of the European Union: 27 Governments. 150 committees. Unnamed diplomats. Secret negotiations. Thousands of paragraphs written into the laws that govern our lives. That is why Investigate Europe, in cooperation in Greece with Reporters United, will be following the Council’s proceedings closely, reporting on which governments are blocking or watering down legislative proposals, and with whom they are in league.

“This goes to the heart of not only the legitimacy of the EU, but EU citizens’ rights under the treaties to take part in the democratic life of the union,” says Emily O’Reilly.

She is the former journalist and former Ombudsman in Ireland who, in 2013 and then again in 2019, was elected European Ombudsman. As such, she investigates the EU institutions on grounds of maladministration.

Two years ago, Emily O’Reilly and her staff mapped the access to documents practices in the different working groups, which make up the lower echelons of the Council. It is mainly in meetings between diplomats and ambassadors that EU draft laws are negotiated, and rarely in the public meetings of the government ministers, who instead vote on a done deal.

“We found that member states’ positions were not recorded [in the working parties],” she shares. “So that the [minutes] would say things like “one country dissented” or “a group of countries” but it would never say “Ireland” or “Germany”. We also noted that there was an almost automatic stamping of “limité” on the documents. It could be the ambassador’s lunch menu, I’m exaggerating a little here, but it was all limité, limité, limité…”

The secrecy in the Council means that there is little or no pressure on individual EU governments, thus allowing them to put off difficult decisions

The current practice in the Council is to restrict access to legislative documents while the decision-making process is ongoing, marking them ‘limité’, which means that they cannot be made public.

“We made two recommendations to the Council,” shares the Ombudsman. “One was that they should record the member states’ positions. Now, we didn’t say ‘publish them immediately’ — we said ‘record’. And we said that if they want to decide that a record is secret or ‘limité’, they would have to examine the record, not just do it automatically.”

According to Emily O’Reilly, there is a fundamental contradiction within the Council of Ministers. In most cases, the Council adopts EU laws together with the European Parliament. But, it acts as if it were an international organization. “The council still sees itself as a group of diplomats, working in a diplomatic sphere, with confidentiality. Even though it is technically, legally, in every way, a legislative body.”

There have been several cases where the European Court of Justice has ruled in favor of more transparency. But they seem to have had little effect on the actual practices of the Council. Why?

“I think the problem with the way that access to documents is set up structurally in the EU, is that the institutions control the tap. They decide if there should be a big or small amount of information — or none at all. And probably they have a lot of confidence in the fact that very few people are going to go to court. They can refuse [access to documents] with impunity.”

One important court ruling on legislative transparency was a case that Access Info Europe brought against the Council. The transparency NGO was denied information about the member states’ positions on a revised law, but the EU court ruled in 2011 that the documents should be released.

“So one would have thought that that was game over. From now on we will see the member states’ positions. But what happened was that the Council simply stopped recording the positions,” says Emily O’Reilly. “We tend to talk about ‘freedom of information’, but it’s actually ‘access to documents’. You can get documents, but that doesn’t actually mean that you get information.”

When, in 2018, the Ombudsman concluded that the lack of legislative transparency in the Council amounted to maladministration, the Council did not follow her recommendations, which are not binding. It actually never even replied to her.

“I think that behind the scenes, the Council General Secretariat moved towards more transparency,” she admits. “That we gathered in our informal meetings. But there was resistance.”

The resistance comes from the governments of the EU’s largest member states.

Among the 27 EU countries, ten relatively small countries push for more openness. But all the big member states are against it. This includes Germany, France, Italy, Poland and Spain.

The secrecy in the Council means that there is little or no pressure on individual EU governments, thus allowing them to put off difficult decisions, says Emily O’Reilly. One recent example is that case of a French environment-based NGO which was denied access to member states’ positions on an issue regarding pesticides and bees.

“Now this would be reasonable had the discussions been going on for six months or even a year,” says O’Reilly. “But these [pesticides negotiations] have been going on for seven years. This means that whoever takes a professional or other interest in this matter can’t lobby whatever member state — or group of member states — that is holding this up.”

The national governments say that they need space for deliberations.

“In any good transparency regime or law, there is space for the deliberative process. But for how long? You can’t say it takes two weeks and ends on a Wednesday. But you have to make it proportionate to the challenge of the particular legislation.”

Why don’t the member states publish their positions?

“I can only speculate. Sometimes, member states might have agreed to some things, in support for other things, and they don’t necessarily want that exposed.”

You say that the council has allowed the ‘blame Brussels’ rhetoric to endure. What do you mean by this?

“If you don’t know that your country was directly involved in making a decision about something which may not be popular back home, then it can be easy for government ministers to deflect attention from their active participation and acceptance of a particular law, and talk about the famous faceless bureaucrat.”

Even the “pro-transparency” governments in the Council don’t want the national positions to be public. There seems to be a huge gap between what you ask for in your report and the rulings of the EU court on the one side, and what is acceptable for the EU member states on the other.

“Sometimes in my work, I get a result very quickly. Sometimes, in my role as an influencer, I have to wait a very long time. This is going along in baby steps, but there are steps.”

The Ombudsman cites recent modest reforms regarding trilogues, the legislative negotiations between the Council and the European Parliament. Until recently, there were almost no public information as to where and when these meetings were held.

“The German Council presidency has started tweeting lists of trilogues. You can characterize that as a big step or an inconsequential step, but it is a step,” she says. “The German presidency also got agreement that the Council position should be public from the start [of the trilogues]. Compared to a few years ago, when you had no ideas about the trilogues, we now know where they are, we have the Council’s position and we get updates. Culture change takes time.”